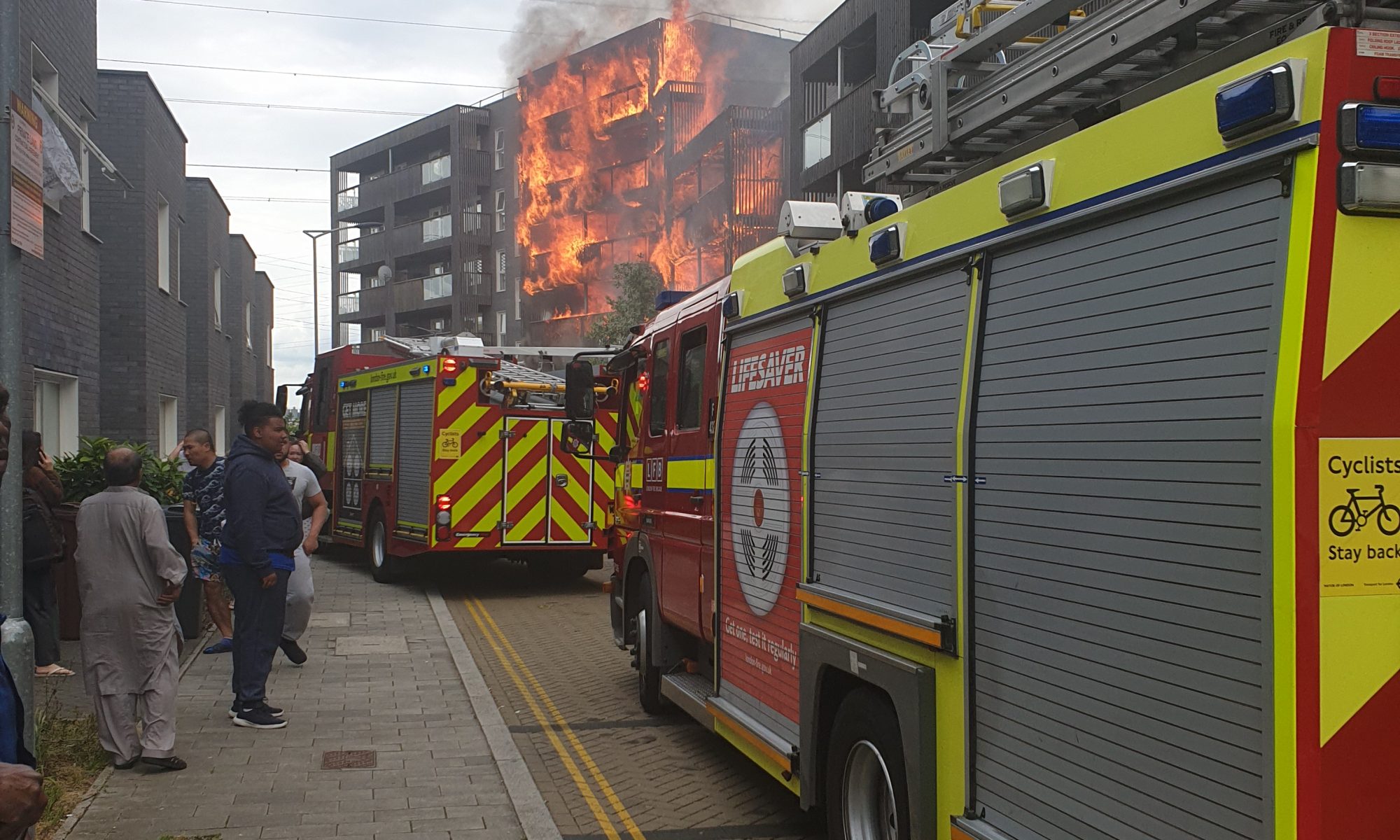 The London Fire Brigade report into the Samuel Garside House fire, dated 16 November 2019 and leaked in early May 2020, makes clear that the balconies of that block of flats, at 2 Depass Gardens, Barking Riverside, Barking, Essex, did not perform, when subject to test, to the government regulations requiring them to resist fire spread. The fire which took place in that block of 79 flats, the conclusion states, spread due to the “inherent combustibility” of the materials used in the balcony structure.

The danger of fire was self-evident to residents. They set out, as did the residents association, to alert the building managers, the builders, and the developers to this danger, especially since the Grenfell Tower fire of 2017. These parties were alerted but did not remove the threat. Even worse than this, as we set out, a fire risk assessment in January 2019 explicitly cited the risk the balconies posed. This fire risk assessment should have been shared with residents, especially given their on-going concerns, but it was not. In fact, it was flatly denied that there were further fire safety issues to address.

The fire at Samuel Garside House (SGH) took place on Sunday 9th June 2019. The association chair, Pete Mason, has written a time line of the fire based on the 25 minute video of it below.

This time line can be found here

The fire spread from the first two flats which were on fire to the other six which were connected via the wooden balconies in just 4 minutes. It was only stopped by the stairwells, which break up the continuous wooden balconies, from spreading throughout the building in minutes. But the flats to the south of the central “C” block that was consumed in the fire were damaged to various degrees by smoke, water and other effects of the fire.

However, precisely four minutes later, from 11.43 until 19.28 minutes on the timeline, the video shows there were no hoses on the fire and the fire revives throughout the affected area very nearly to the point it reached when it was first attacked. This approximates to 15:42:26 until 15:50:08 in actual time, about 7 minutes 42 seconds.

It appears that having largely damped down the fire, and in response to this call, the fire brigade stopped using their hoses (“jets?”) while they entered the still burning building to find the trapped person during this period. They then returned to fight the fire, using the water in their fire engines once again.

I arrived shortly before the fire hoses were rolled out down Chilworth Place. My own photographic evidence from that time tells us that this was after the water was restarted and the flames substantially damped down.

Had the fire started on the other side of the building,  where there are no stairwell breaks, the entire building would have been consumed by fire. It cannot be ruled out in these circumstances that the fire, now a burning inferno of 79 flats, would not have leapt to the wood expanses facing it across the narrow road and set alight several rows of houses – the estate could have burned down.

Although the London Fire Brigade report into the fire, does not speculate on this scenario directly, it does dwell on the continuous wood on the west facing side, and on the speed of the flames, and states that many more flats would have been destroyed. The investigation by the LFB also points to the effect of the heat on the building across the road, suggesting that they were subject to great heat, and implying the danger of fire spread across the road was real.