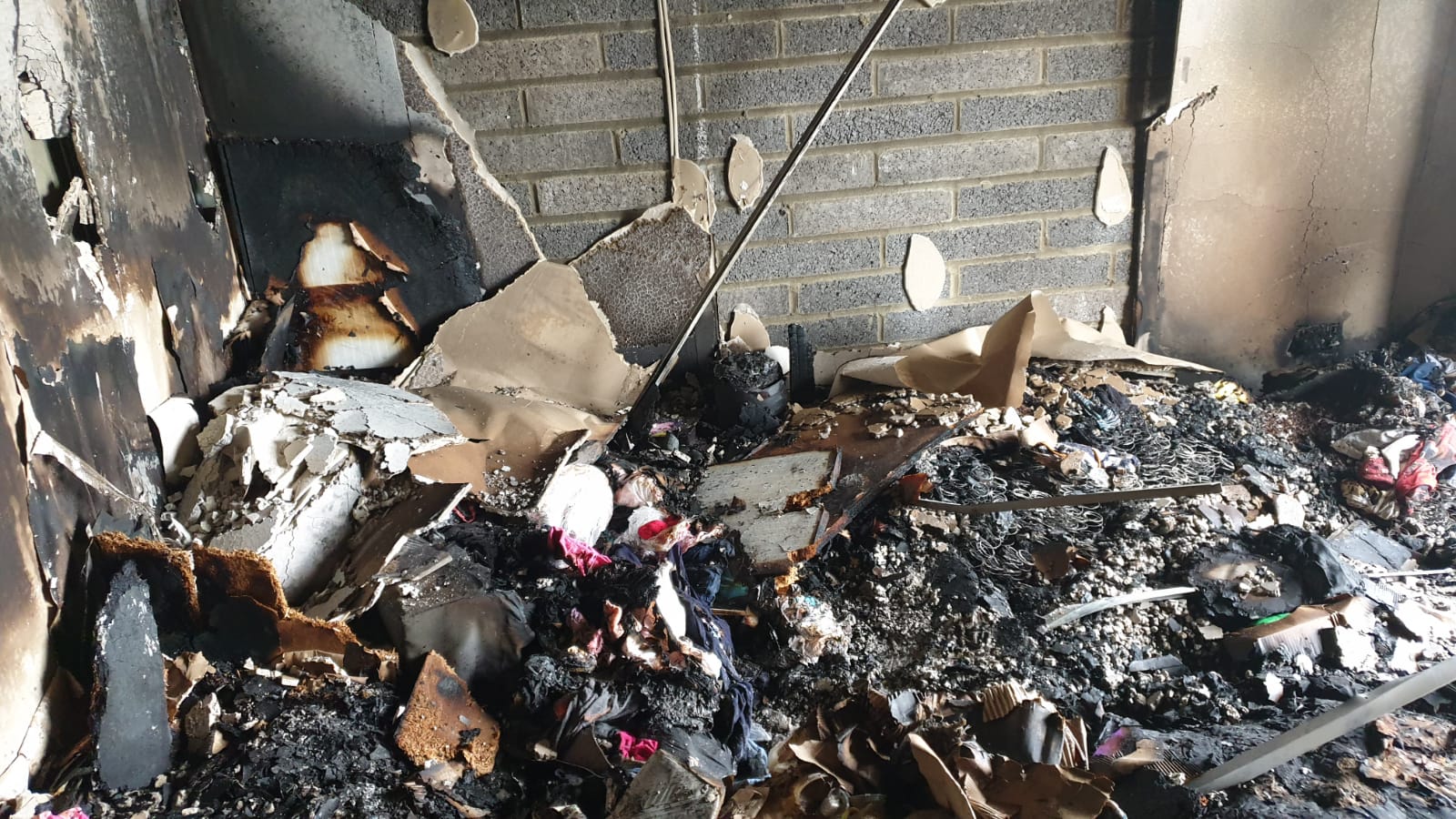 On 14 June 2017, a fire broke out in the 24-storey Grenfell Tower block of flats in North Kensington, West London,  causing 72 deaths.

The fire risk to Samuel Garside House and its twin,  Ernest Websdale House, was subsequently raised many times by both the residents association and residents. Additionally, 233 houses have wood cladding, and numerous flats have flammable cladding or balcony decking.

On the 5th July 2017, the residents association wrote to the London Fire Brigade:

“Residents are naturally concerned whether these properties comply with fire safety legislation and – assuming they do – if they may be considered nevertheless a fire risk in the light of recent events.”

The fire brigade was unable to assist because its efforts were focused on the aluminium cladding similar to that on Grenfell Tower.

“We acknowledge your request for information regarding fire safety and protection measures on properties either owned or constructed by Bellway Homes following the Grenfell Tower fire.

“Bellway Homes takes the issue of fire protection and cladding design very seriously and all of our projects benefit from specialist advice, either from an internal resource or from fire experts during the design phase, and we build our homes to comply with all relevant regulations.

“We do, however, think it is responsible to review our designs to consider if anything can be learned from the Grenfell Tower fire and this process has now commenced.

“With regard to your particular enquiry, the Building Regulations require that ‘The external walls of the building shall adequately resist the spread of fire over walls, and from one building to another, having regard to the height use and position of the building’.

“This requirement can be met either by,

“In this instance the whole wall/façade system has been considered.

“Thermowood cladding has a fire resistance rating of D- s2,d0 and is applied as a decorative finish onto a traditional insulated masonry cavity wall, which meets all of the requirements of the Building Regulations.

“The manufacturers product details are attached for your information.”

Note that at no point does Bellway state that the Thermowood clad balcony is not flammable,  or that it would not spread fire should it catch fire. The response is simply a complex dance around regulatory instruments to avoid stating the obvious – that the balconies presented a very considerable fire risk.

Of course,  we observed in the fire that the wooden balconies did not “adequately resist the spread of fire” but were the vehicle for spreading the fire very rapidly from flat to flat. The opposite was true. And even before the fire,  it was evident from fire risk assessments that the wood was a fire risk. In the light of the subsequent fire, the reply appears to be worse than worthless – worse in the sense that it prevented action being taken to  remove the risk.

Bellway’s reply was passed to the resident in an email from Darren Logan, assistant estate manager for managing agents Pinnacle, who had passed her concerns on to Bellway. It was accompanied by multiple certificates for various kinds of wood, making it seem as if these highly flammable materials were in some way suitable for the external walls of buildings,  even in the light of the Grenfell tower disaster.

On 12 June 2018, another resident of Ernest Websdale House and tenant with the housing association Southern Housing,  contacted me with correspondence on the question of the fire safety of these blocks.  Picture 1. show’s Southern Housing’s summary of her concerns.

A review of this correspondence is reveals precisely what the situation was before the fire.

R’s basic concerns were that there was no policy of evacuation, there were no fire alarms in the building apart from the car park and that the wooden balconies were a fire risk. What particularly concerned her was that the car park fire alarm would sometimes sound, a false alarm, and yet was unattended. Should there be an actual fire in the car park,  she felt,  the building would soon be consumed. It was very prescient of her.

Southern Housing contacted Pinnacle on her behalf. The answers are shown in pictures 2 and 3, screen shots she provided me with.

Southern Housing put to Pinnacle, on behalf of R:

Pinnacle simply replied: “The decking areas are compliant with the building regulations for the building.”

Firstly, the Grenfell fire disaster inquiry has found that building regulations say that external walls should adequately resist  the spread of fire, with no reference to the height of the building, whereas putting flammable materials on the external walls helps spread fire.

But frankly this reply avoids the question: regardless of the interpretation of building regulations, were the balconies a fire risk? And of course they were.

Did Pinnacle know they were a fire risk? Were they in possession of a fire risk assessment which identified the balconies as a fire risk?

In reply to concerns about the car park, Pinnacle told R that the alarm was unmonitored but raised the car park roll shutters when it sounded.

A fire should stay in the car park should one start, yet in reality, the wooden balconies could easily have conducted it into the flats.

Additionally, Pinnacle set out the “stay put” policy (except in the car park), and the silent alarm policy in the building,  which opens vents in the event of a fire, to vent smoke.

When Residential Management Group (RMG) took over from Pinnacle, in the autumn of 2018, they introduced a night time waking watch and changed the “stay put” policy in the case of a fire, to evacuate. It was clear to residents that there were serious problems.

However,  the fire alarm remained a silent alarm (except in the car park area) whose function was to open vents to dispel smoke but not to alert residents. This design reflected the stay put policy, displaying a failure to think through policy.  It was only after the fire that this was changed. The only alarms heard at the time of the fire were the residents’ own smoke alarms.

For this reason,  if it were not for courageous residents banging on doors and alerting their neighbours, deaths would surely have occurred.