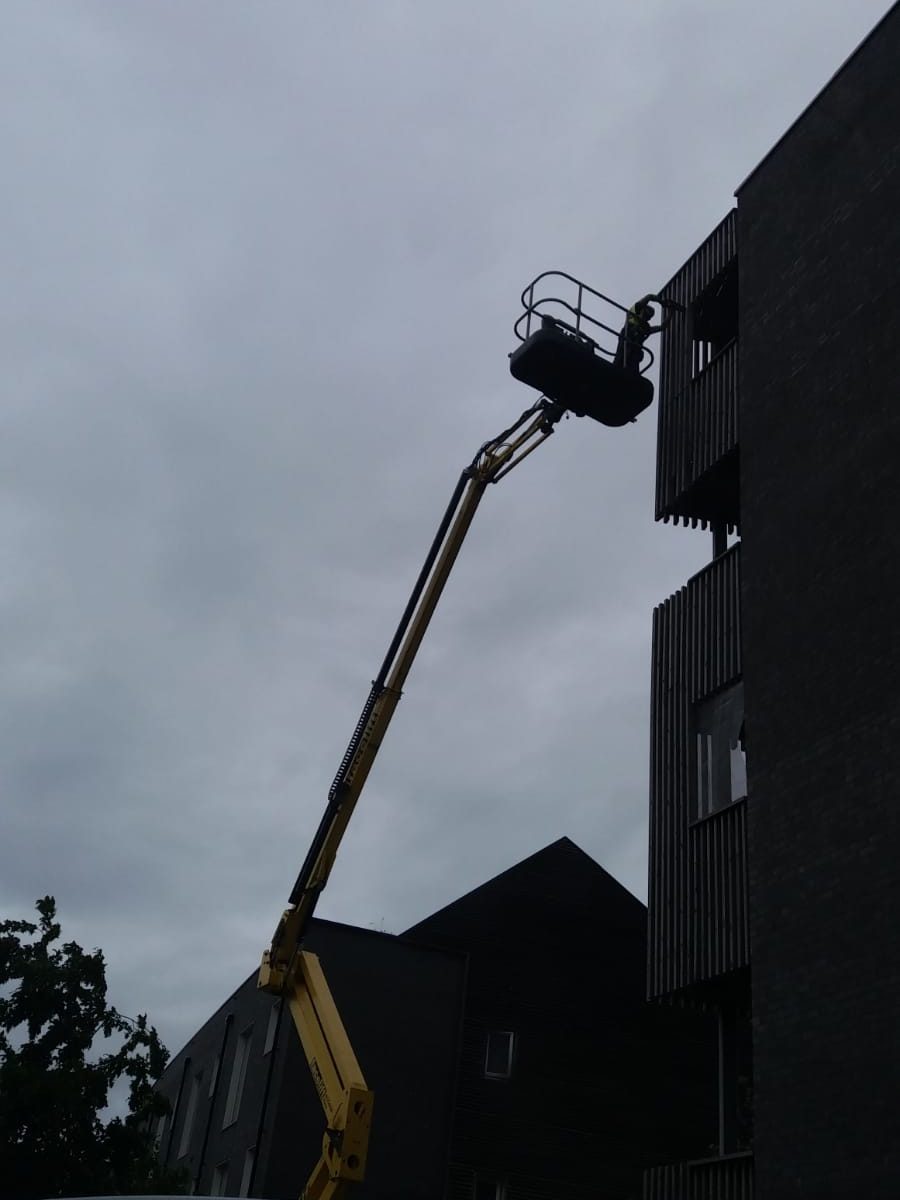 Building Regulations guidance in Approved Document B, which deals with fire safety, stipulates that external wall constructions adequately resist the spread of flame.

The wooden balconies did not do that.

The evidence we have presented above demonstrates that residents and the residents association knew the fire risks, the January 2019 fire risk assessment demonstrated it,  yet the builders, developers, landlords and their agents Pinnacle and RMG either denied that fire risk or stated that the existing materials conformed to government regulations. This, it seems to me, side-stepped the fact of the real danger revealed clearly by the Grenfell disaster.

In our view,  they knew of the dangers and they did not act.

We take the view, in light of the above, that Bellway, L&Q, the council and the GLA, were grossly negligent for putting residents’ lives at risk and for failing to keep the residents homes and personal possessions safe even after the fire risk was pointed out to them.  Residents expected a higher standard of care from those who have put out in the public domain that they are  trained and qualified professionals and have the requisite expertise in the building and property industry and therefore they should have known the risks associated with low grade flammable timber cladding on a residential building.

As resolution two, discussed in detail, amended and passed unanimously by the mass meeting of residents on the 13th June 2019 stated:

“We believe all landlords and management parties involved, government legislation, and the council in granting planning permission, failed to make sure the properties were safe and endangered lives.

• Adriatic and RMG, acting as their agents, failed to address the issue of cladding despite showing concerns about fire safety.”

In view, this is all the evidence that is needed to show that the residents should have democratic control over the estate,  so as to manage the risks that they recognise themselves,  without hindrance from those who currently have ownership and control. While block by block this can be achieved using Right to Manage legislation, the estate wide control should already be granted to residents in the long term.

As the resolution goes on to state:

• We reaffirm two previous decisions of the residents’ association, that this voting majority be enacted and not be removed.”

But more than that, the ownership of the land by a single faceless and unaccountable landlord, Adriatic Land, a tax-haven based company believed to be backed predominantly by “hedge funds and speculators” is unjustified and undemocratic.

As again stated in our unanimously passed resolution:

“We believe Adriatic has forfeited its right to ownership of this property.”

We find these views completely exonerated by our Inquiry. This means the abolition of leasehold, and for the freehold to pass to the leaseholders who have bought them at considerable cost, without charge. All such landlords should suffer the same penalty.  In blocks of flats this would be mean residents would establish Commonhold, where the communal parts of the block, such as the lifts, would be managed by a managing agent appointed by an elected board of residents and answerable only to them.

Bellway Homes have operated at a net profit margin of 15% or more for the last year. The work undertaken so far in Barking Riverside has barely dented those profit earnings. Pre-tax profits grew by 3.4% to £662.6m in the 12 months to the end of July 2019 and it achieved its forecast revenue in its full-year figures, up 8.6% to £3.2bn  as reported on 15 October 2019.  Our experience on the Barking Riverside estate is that the houses and flats built by Bellway are poorly and cheaply built, subject to many defects, and of course, unsafe.

Housing is in a deep crisis. Housing costs take up an unacceptably high proportion of ordinary working people’s earnings. The only solution, in our view, is to abandon the present decades-long drive to shut down council house building. We need to stop the continuing drive to private ownership of estates by faceless landlords registered overseas in tax havens, who only offer leasehold. These private landlords have been shown to sit on land rather than develop it to force up prices. The result is a chronic under supply of affordable housing.

To reverse this, in our view, a mass council house building scheme is required, across the country, to the highest standards expected but not found in the private sector, with a return to secure tenancies similar to house ownership. To recreate the Barking and Dagenham  Becontree estate as it was originally experienced by the residents in the 1950s as they escaped from the private slums –  large houses with front and back gardens that were “heaven with the gates off”. And to fully meet the housing needs of the population with a great urgency – in five or ten years at the most.  Rents which reflect the real average incomes for those living on precarious zero hours contracts, temporary or part time employment.

The result of such a drive would be to put enormous pressure on private builders to build to much higher standards, and create safe, affordable private freehold housing, on council maintained land, for those who choose it.

This report was prepared by the Barking Reach Residents Association Committee, and drafted by its chair Pete Mason. The views are ours.

The following residents wished to explicitly endorse the report:-