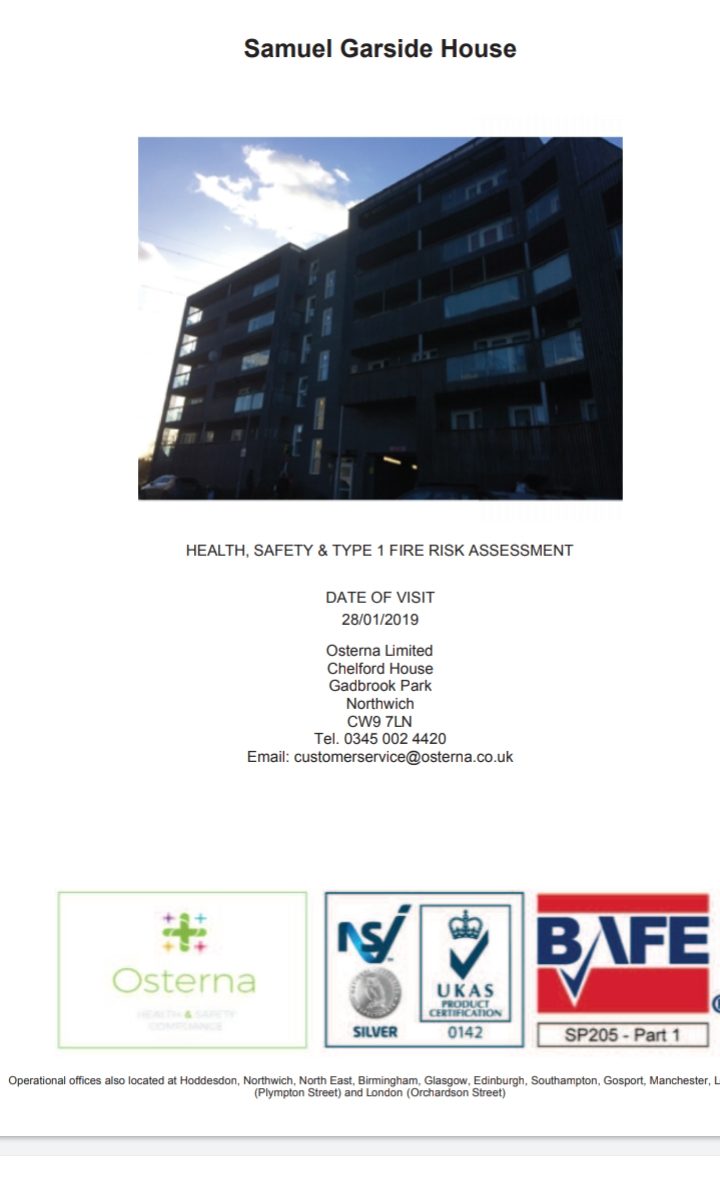 “If a balcony does catch fire it should be noted that this will accelerate fire spread through either setting the balcony above alight or through entering the flats through open windows and this will put residents and visitors at risk of smoke inhalation and burn injuries”.

This is precisely what happened – the fire spread rapidly vertically and horizontally along the wooden balconies.

It advised that the wood on the balconies “should have been formed of or treated with fire resistant materials but this could not be confirmed during the assessment”.

“Potential balcony fire spread: In the first instance it is recommended that the responsible person should consult the fire strategy and H&S files for the site to ensure that fire retardant materials have been used to form the balconies. If it cannot be confirmed that the balconies have been suitably treated then the developers should be contacted.”

The urgency of this could not be clearer: the balcony wood needed to be made of fire retardant materials because it was a clear and present danger to life. And it was already known that it was not.

So what did RMG decide to do?

It can clearly be seen that this is essentially a misrepresentation of the fire risk assessment, which specifically asks whether the wood was formed of fire retardant materials because otherwise they were a fire risk.

← 2017-18: Residents’ concerns and the management and builders’ responses