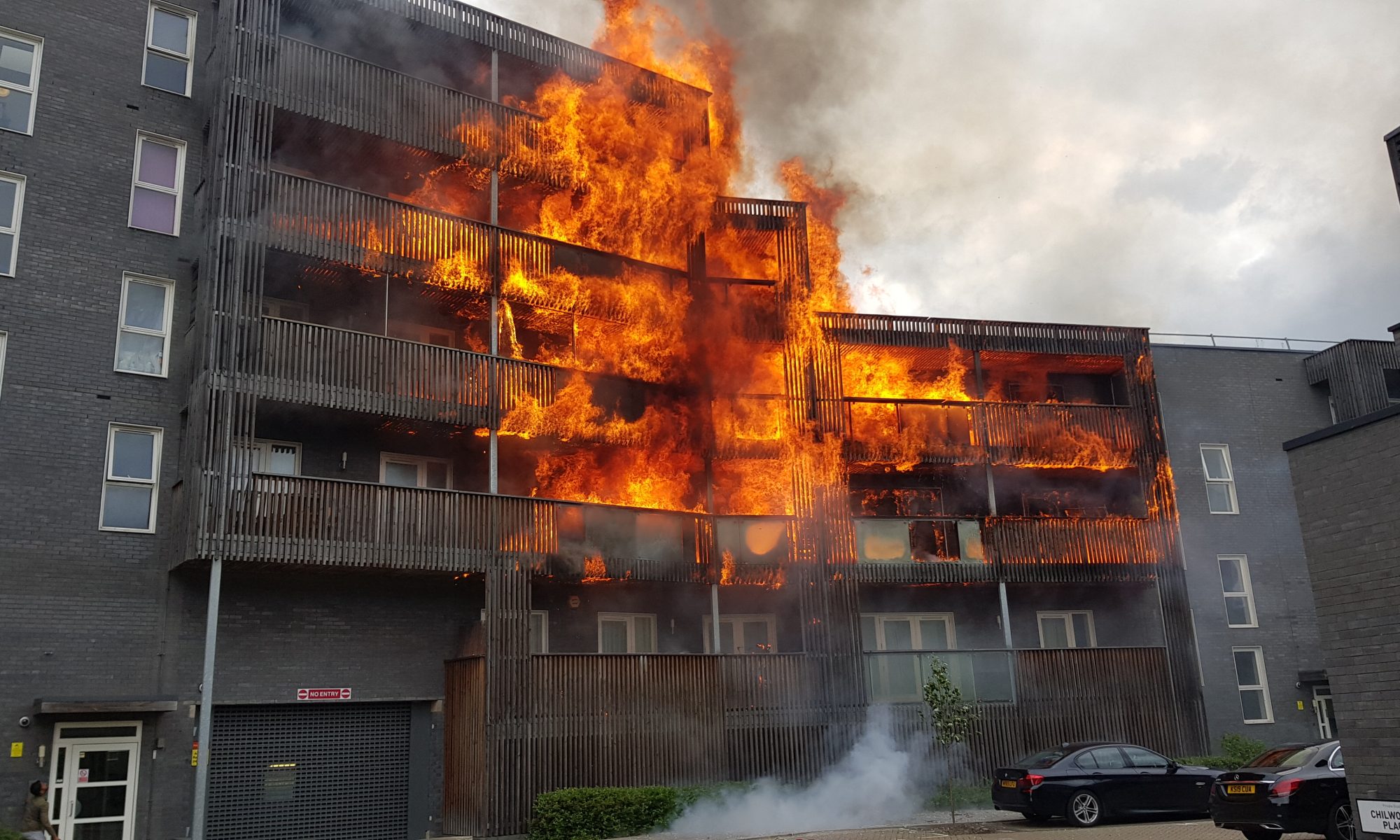 On Sunday 9th June 2019, two hours before the fire actually took place, a discussion suddenly sprung up on WhatsApp about a barbeque alight on the west facing side of Samuel Garside House.

“I think you should talk to your neighbour and request him not to do it as fire once started (God forbid) won’t discriminate between two flats.”

All these statements showed that residents lived in mortal fear of a fire spreading across the flats from one to another.

In contrast, as shown above, it was the builders and managing agents,  acting for the landlords, who were attempting (and failing) to reassure residents that at least – whether or not there was a fire risk – the building was compliant with regulations. And at least by implication that there was no fire risk.

Resident M, who first posted about the barbecue, recalled the event the following day.

He had contacted RMG at the time but they answered there was “nothing they could do” and could he ring again on Monday. “My words to that: what if [it] is too late and there is [a] fire. 40 minutes after, we are escaping from our home. I can’t believe what happened yesterday.” (Barking Riverside WhatsApp,  06:51, 10 June 2019)

In fact, a number of residents remonstrated with those responsible, and the barbeque was extinguished. A few minutes later they were fleeing from their homes, with children in arms,  leaving all possessions behind.

Before discussing the events of the fire itself in the second part of the next section, Potential estate-wide conflagration , we will discuss how close the estate came to burning down completely in that section.

Note: We have discussed the progress of the fire in detail in section 3, The London Fire Brigade report, the video and the timeline of the fire,

We provide the link to the time line here for convenience also.